An enchanting coming-of-age tale that broods with a palpable sense of camaraderie.

17-year-old Salvatore, or Toto as he is nicknamed (Alessio Gallo), spends his days selling lemon crushed-ice from a cart in a run-down area of Naples. When he sets out for work on what appears to be a regular day, he is forcefully enlisted by the local Camorra boss, Bernardino (Carmine Paternoster, Gomorrah) to guard 15-year-old wild child Veronica (Francesco Riso) for the day in a dilapidated cavernous warehouse.

Toto is initially resentful, unaware of the reasons for being handed this task. Meanwhile Veronica outright loathes having to be there, expressing a passionate dislike for her babysitter. However, as the time passes, the relationship between the two develops into a mutual trust and understanding. They pass the time acquainting themselves with one another and exploring the labyrinth of expansive rooms, and wild, overgrown gardens. All the while, a certain doom hangs over them as they await the impending return of the boss and the fate that awaits Veronica.

Reflecting the omnipresent power of criminals that resides beneath the buff and shine of Silvio Berlusconi’s Italy, The Interval is deservedly receiving accolades worldwide, with aide of the insightful and nuanced performances from non-professional newcomers Gallo and Riso. 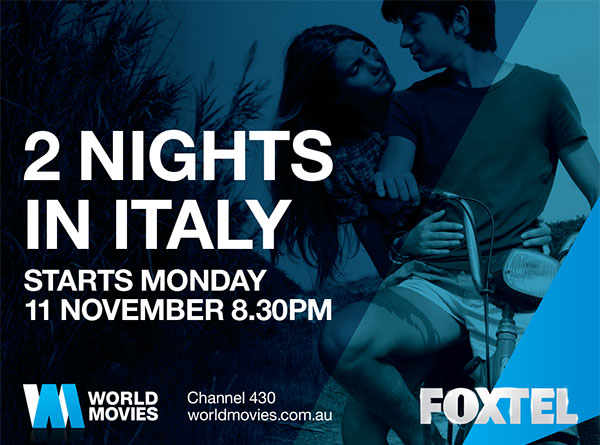